Full Itinerary
What you need
Book This Tour
Rates

This is a short 1 Day gorilla tour of Rwanda. The tour will start in Kigali, “the capital of Rwanda” very early in the morning, heading to Volcanoes National Park, north-west of the country.

The gorilla trekking safari gives you a unique opportunity to track the endangered mountain gorillas in their natural habitat in a shortest time possible.

This tour is perfect if you are in Rwanda for a very limited time, but have time to spare for a Wildlife expedition.

In Rwanda, gorillas are habituated in 10 groups which can be visited everyday with each group being visited by a maximum of 8 people.

Mountain Gorillas(Gorilla beringei beringei) are one of the primate species located in Virunga Conservation area. Other primates include Golden Monkeys, L’Hoest Monkey, Colobus, Baboons and many more.

Of all the primates in the these mountains, the gorilla stands out to be the largest and most gentle.

The gorillas live in groups of families with silver backs and female and According to Wikipedia, “The mountain gorilla is highly social, and lives in relatively stable, cohesive groups held together by long-term bonds between adult males and females. Relationships among females are relatively weak.

These groups are non-territorial; the Silverback generally defends his group rather than his territory.”
Mountain Gorilla life span is 40-50 years.

The safari will start and end in Kigali the capital of Rwanda. Our driver will pick you from your Hotel or Lodge(after having breakfast or with packed breakfast) at 4:30 am to start on your 116km journey to Volcanoes National park.

The journey to Volcanoes national park takes an average of 2-3 hours and on reaching the park offices, you will be briefed by park officers and then assigned to a gorilla group to track.
You will then be led into the forest by a ranger guide to track the primates.

Gorilla trek may take between 30 mins to 8 hours depending on the movements of the primates. However, upon locating the gorillas, you will then spend 1hr with them.
Enjoy the unique adventure and you can take pictures(with no flash). 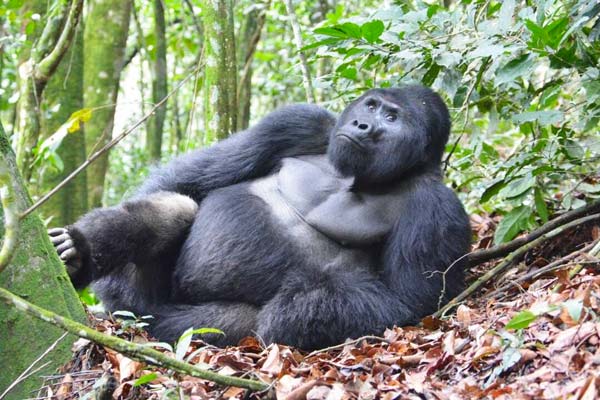 After the 1hr which seems to be like minutes, then we trek back out of the forest and then transfer back to Kigali for your flight back.
End of the Tour

Call now or Whatsapp on: mob: +256 775 621 572
Email: tours@gorillaandadventuresafaris.com
Request Quote for this Tour

What you need for Gorilla trekking in Rwanda

What is included in the 1 day Rwanda gorilla tour

What is excluded in the Safari cost 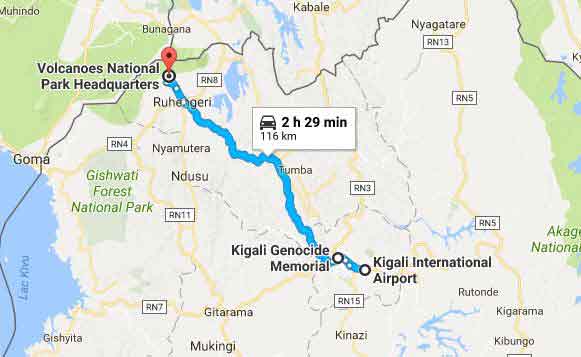